Welcome to a surreal point and click adventure in Shape Village!

Shape Village is a remote community of cute characters composed of basic geometry. Beyond the veil of cuteness is, however, a dysfunctional social structure of bullying, loan-sharking, crime and oligarchy. Can it be changed for the better? Or are there even more sinister evils at work behind the scenes of reality itself?

You enter the scene as Coney, a romantic and sensitive idler, whose daily sojourn is interrupted by a seemingly harmless error. This leads Coney to mix in events that are either disastrous or constructive to the future of the village.

You, as a player, will make choices that will dictate the path of Coney and Shape Village. That path will lead to one of four different endings in the game!

[spoiler]
Will you forge abstract art for the powers that be? Will you side with an oppressed worker against debtors? Will you escape the law or surrender? How will you answer the question: 'Fuss the harbor rave itself'? Could society be improved, perhaps, through a drink? Such choices and more.
[/spoiler]

Edit: Fixed a minor bug. It's now impossible to get infinite sheet music.

Here's a link for download: https://wavey-games.itch.io/shape-village
A link for the AGS database: https://www.adventuregamestudio.co.uk/site/games/game/2573-shape-village 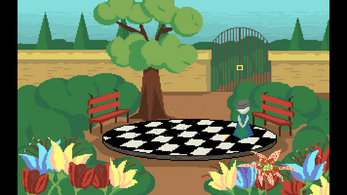 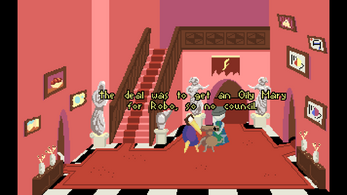 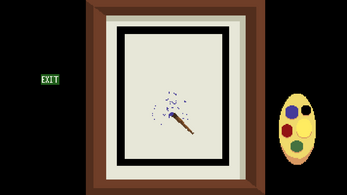 This is my second game now. The title is Shape Village.
Shape Village is populated by characters who are (consist of?) basic shapes. You play as Coney who is a local idler, a sensitive and romantic person. One day Coney gets involved in a series of events that will lead to different disastrous or constructive outcomes. There are four different endings to discover! Depending on choices. And in the meanwhile there is a village and it's population, with a problematic, oligarchic social structure, to get to know to.

Will you forge abstract art for a local big shot? Or perhaps side with a drunk worker against debtors? Such choices and many more!

This said, the tone of Shape Village is mostly quirky, comical and silly, but there're some heavy subjects like substance abuse and, oh dear, labor.

I began developing this game shortly after finishing my first game Fool Around. I had a many month long break from it during summer but got back to it in september. Now, I think it's nearly finished!

UPDATE 20.10: The title of the game is changed to Shape Village. It was an accident at first, because I manically drew 'Village' instead of 'Land' on the menu screen, but actually it's more accurate than Shapeland. The game is finished. I'll have someone try it before release. Oh, and the game will be using a custom font which isn't in the screenshots!

Have a look at the screenshots and feel free to comment! 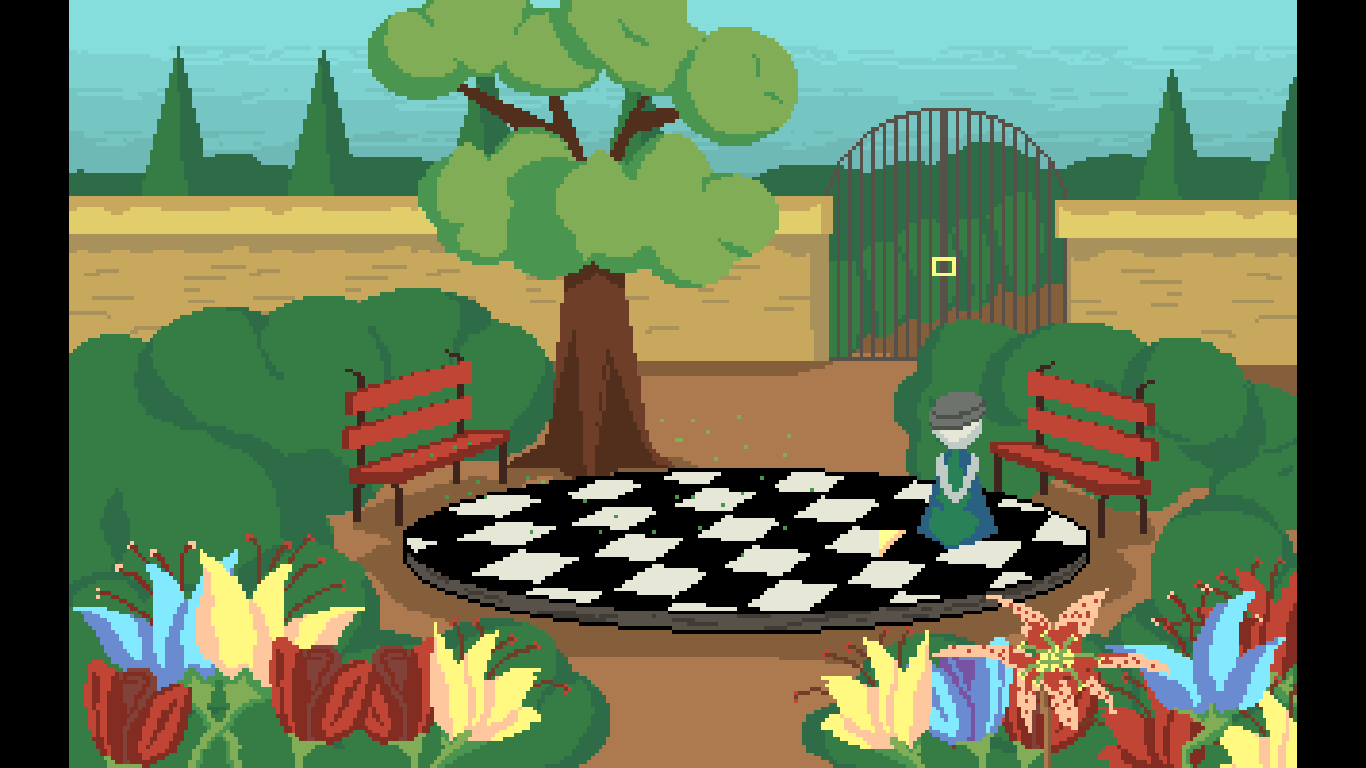 Coney on the main square of Shape Village. 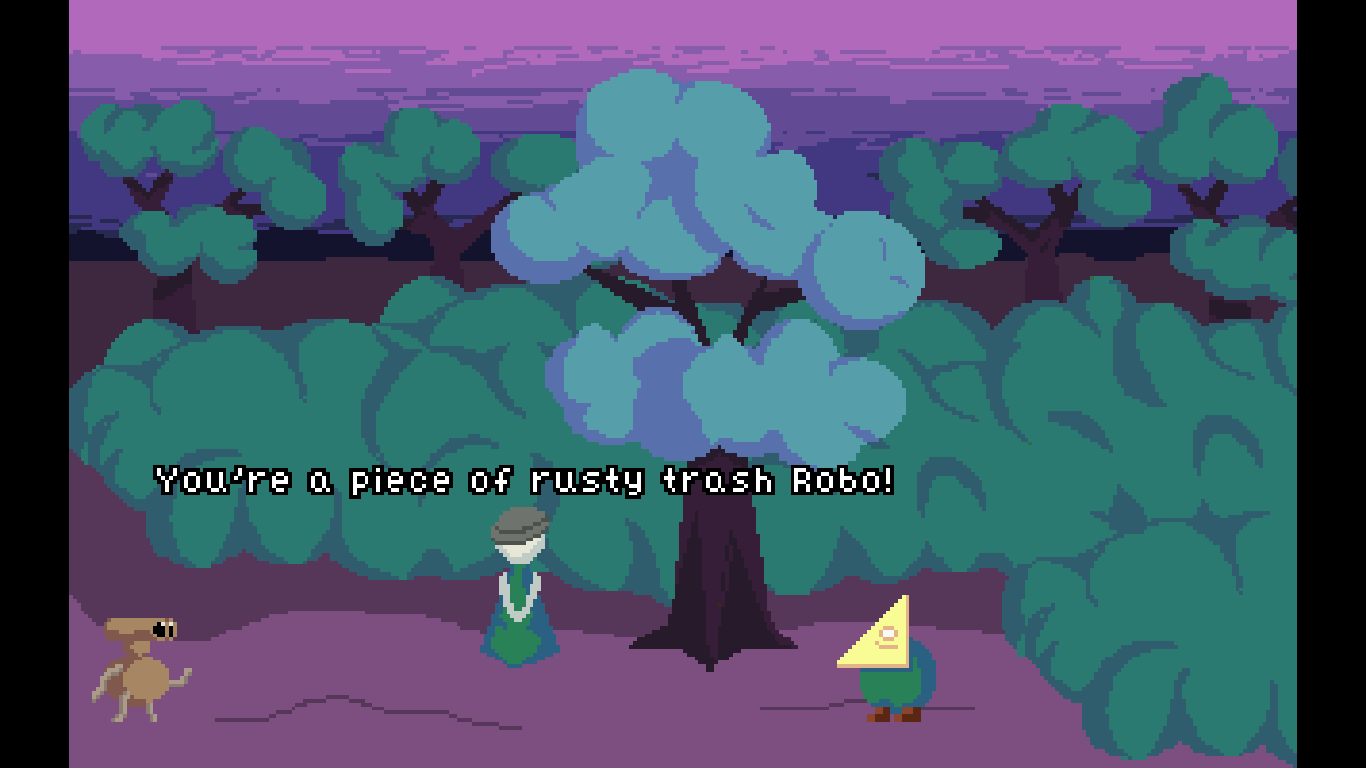 Outside the village at night. 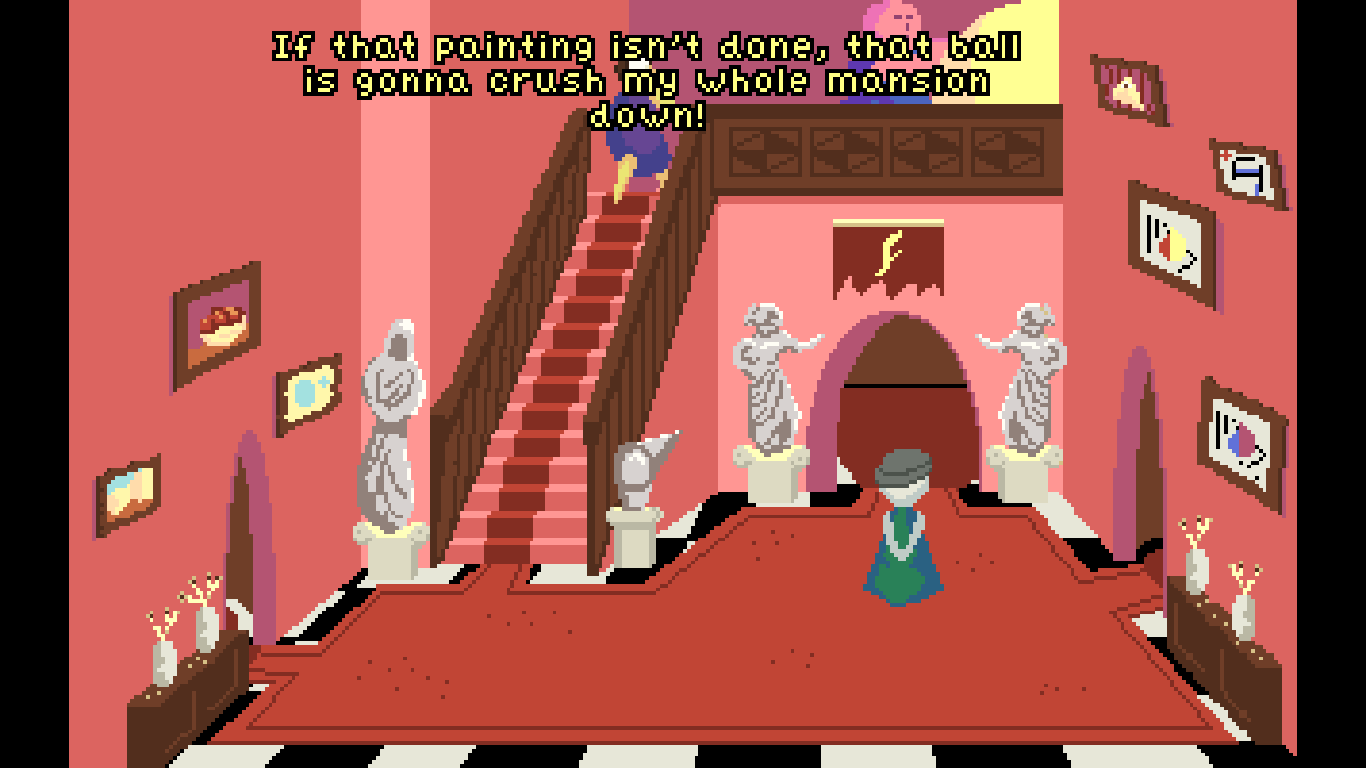 In the hall of Forgys manor. 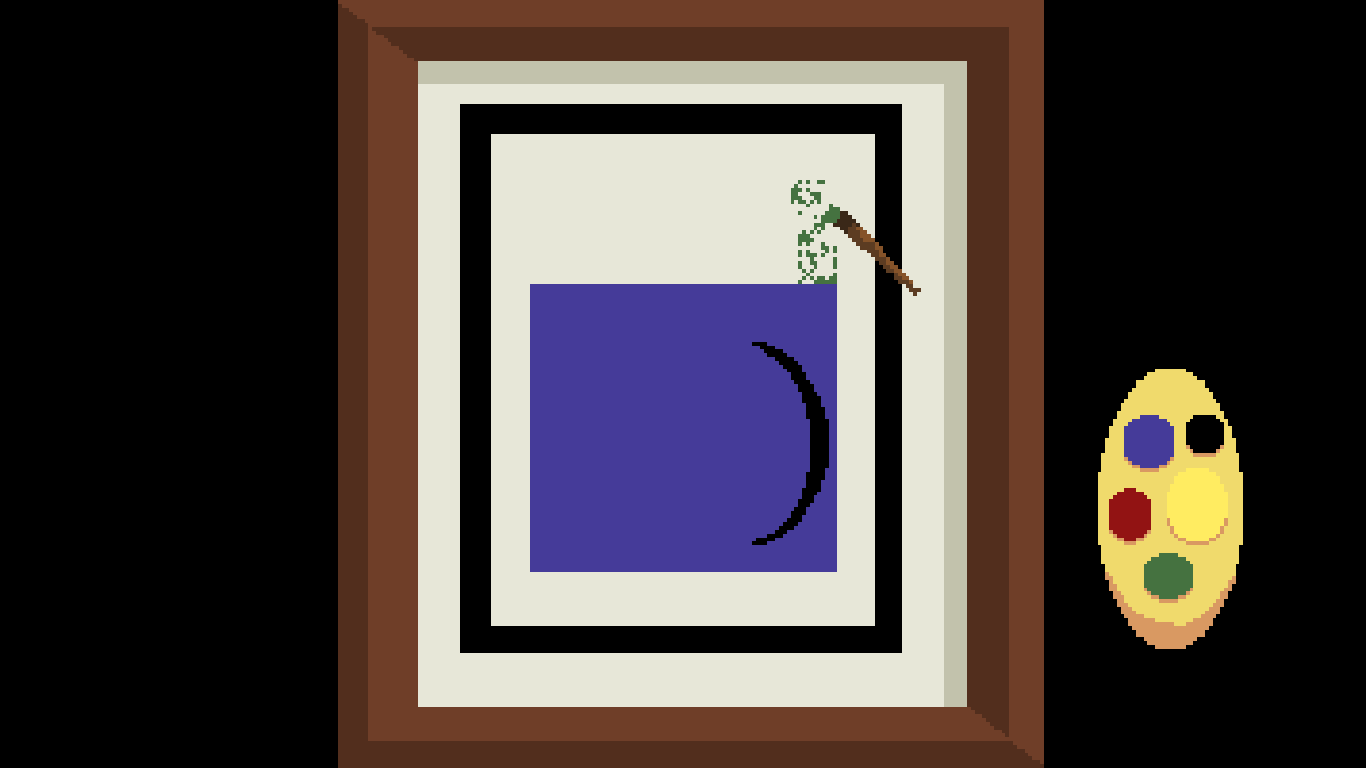 By continuing to use this site you agree to the use of cookies. Please visit this page to see exactly how we use these.